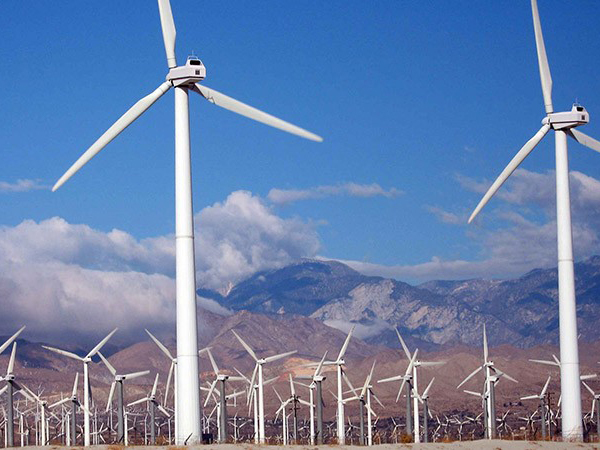 The concept of wind farms was proposed in the United States in the 1970s and quickly spread around the world. Today, wind farms have become one of the effective ways to utilize wind energy on a large scale.

A wind farm is a general term for all wind power generation equipment and supporting facilities built in a specific area. In areas with abundant wind resources, tens to thousands of wind turbines with large single capacity are installed in a specific site, and they are arranged in an array according to the terrain and the main wind direction to form a generator group to generate a large amount of electricity and send it to the The power grid, the place where this kind of wind power is generated is the wind farm. Figures 1 to 4 show several wind farms listed.

Wind power has many advantages, such as:
(1) There is no direct pollutant discharge. Wind power generation does not involve the combustion of fuel, so it does not release carbon dioxide, does not form acid rain, and does not cause water pollution.

(2) Electromagnetic interference caused by wind turbines. This mainly depends on the material and shape of the blades and tower. But there is no evidence yet that it caused actual damage.

(3) Visual impact. This issue is more concerned in Western society, and there is a certain amount of controversy. But wind farms far away from human settlements do not have this problem.

(4) Wind farms have the characteristics of small unit capacity and large number of units. For example, to build a wind farm with an installed capacity of 50,000 kW, 33 wind turbines will be needed if the 1.5MW “large-capacity” unit with relatively mature technology is used.

In addition, discussions have been sparked on land use, impacts on birds, and more.