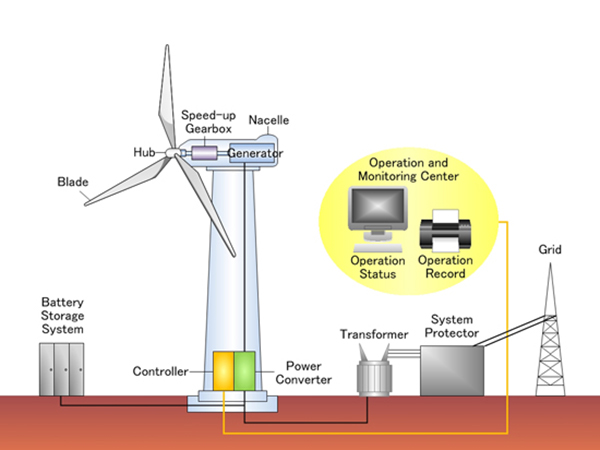 In fact, in addition to the externally visible wind wheel, nacelle, and tower, the wind turbine also has a wind device (also called a steering device, a yaw device), a speed regulating device, a transmission device, a braking device, a generator, Controllers and other parts are concentrated in the cabin

Figure 1 shows the structure of the megawatt-class doubly-fed wind turbine produced by NORDEX.

In addition, both towers and wind turbines have the possibility of being struck by lightning, especially the wind turbines arranged on the top of the mountain or standing on the open ground are the most likely targets of lightning strikes – lightning protection measures such as lightning rods are also what wind turbines should include.