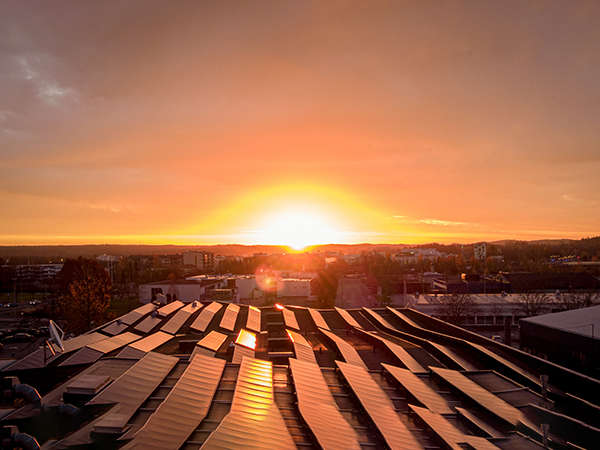 As an energy source, solar energy has the following advantages compared with conventional energy sources such as coal, oil, natural gas, and nuclear energy.
(1) Abundant reserves. The total amount of solar radiation energy that reaches the ground within a year is tens of thousands of times larger than the total amount of various energy sources currently consumed on the earth each year. For the limited needs of mankind, solar energy can be said to be inexhaustible. The energy sent by it irradiating the ground for 15 minutes is enough for the whole world to use for a year. The solar radiation energy reaching the surface of the earth each year is equivalent to 130 trillion tons of standard coal, the total amount of which is the largest energy that can be developed in the world today.
(2) Maintain long-term. Compared with human history, the life span of the sun is almost “forever”. Therefore, it can be considered that solar energy is continuous and inexhaustible, which can guarantee the long-term continuous supply of energy.
(3) Widely distributed. The sun shines all over the world, almost everywhere, and can be used locally. There is no need for laborious exploration and mining, nor long-distance transportation by trains or ships. The superiority of solar energy utilization is especially obvious for solving energy problems in remote areas with inconvenient transportation, deserts, islands, and mountainous areas.
(4) Convenient maintenance and low operating cost. After a one-time investment in the installation of solar energy utilization equipment, the subsequent operation and maintenance costs are much smaller than other forms of energy utilization.
(5) Clean and pollution-free. The use of solar energy does not produce waste residue, waste water, waste gas and any form of harmful substances to the human body, and there is no noise, so it will not pollute the environment.

The main shortcomings of solar energy are manifested in the following aspects.
(1) Energy dispersion (low energy density). Although the solar energy reaching the upper boundary of the earth’s atmosphere and reaching the surface of the earth is very huge, its intensity is not high. Too much dispersion is a shortcoming of this kind of energy. As an energy source, its density is too low. Even at noon on a clear day, on the ground perpendicular to the direction of sunlight, the average solar energy received per square meter is only about 1kW, and in most cases it is even less than 500W.
In order to obtain a larger power in actual use, it is necessary to set up a considerable area of ​​solar energy collection equipment, so the area is large, the amount of materials is large, the structure is complicated, and the cost is increased.
(2) Energy instability. The radiation angle of sunlight changes continuously over time, coupled with the influence of climate, season and other factors, the direct solar radiant energy reaching a certain place on the ground is unstable, with obvious volatility and even randomness. Life experience shows that the solar radiation intensity at sunrise and at the same place during the same day is far lower than around noon; while in different seasons at the same location, the solar radiation intensity in winter is obviously far less than that in summer. . This brings many difficulties to economic and reliable large-scale solar energy utilization.
(3) Intermittent or discontinuous energy. With the alternation of day and night, the direct radiant energy of the sun reaching the ground is discontinuous. There is no direct solar radiation at night, and scattered radiation is also very weak. Most solar equipment cannot work at night. In order to overcome the above difficulties, it is necessary to research and equip energy storage equipment to store the solar energy collected in sunny days (the remaining part after normal use) for use at night or on cloudy and rainy days.