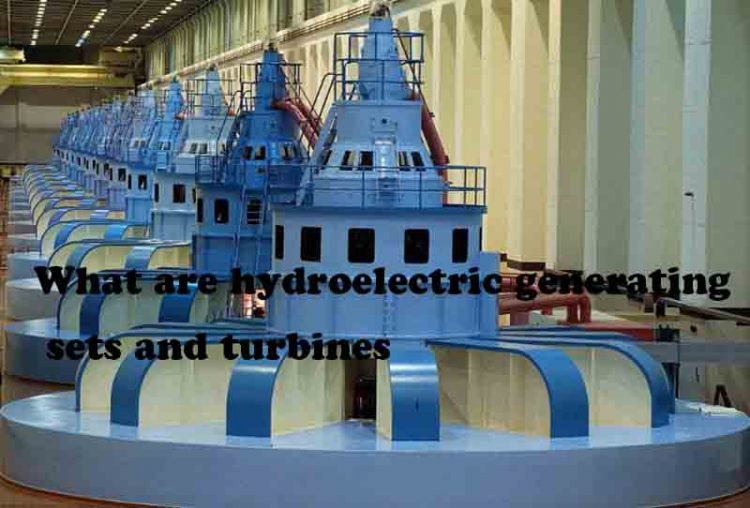 The hydroelectric generating set can also be divided into vertical type and horizontal type according to the installation method. The vertical hydraulic generator set is installed upright, and the rotating shaft is perpendicular to the ground. Since the generator is on the upper part and the turbine is on the lower part, it is beneficial to the generator to be waterproof and moisture-proof. Generally, large and medium-sized units with low and medium speed are mostly used vertically. The horizontal hydraulic generator set is installed horizontally, and the rotating shaft is parallel to the ground. Horizontal hydro-generators are suitable for small and medium-sized, tubular and impact turbines.

According to the direction of the water flow through the runner, the impact turbine can be divided into axial flow, Francis flow, oblique flow and tubular flow. Axial turbines and Francis turbines are basically the same in structure, and the main difference between the two is the runner. The tubular turbine is the same as the runner of the axial turbine.

The water flow of the Francis turbine enters the radial direction of the main shaft at the front of the runner, turns oblique in the runner, and finally flows out of the runner along the axis of the main shaft, as shown in Figure 4.7. While the water flow is rotating in the runner, it also performs radial and axial movements, so it is called “mixed flow”.
This type of turbine is suitable for hydropower stations with a head of 30~800m. It is a medium head and medium flow type. At the same time, it runs stably and has high efficiency. At present, the highest efficiency of the runner has reached 94%, which is the most widely used turbine.

This type of turbine absorbs the advantages of Francis and Axial Rotary paddle turbines, and can adapt to a large water head range by adjusting the blade angle. The structure and process of the blade rotating mechanism of the oblique flow turbine are relatively complex, so the cost is high, and it is rarely used in China after the 1960s.

Since the water flow into and out of the turbine is almost smooth, the over-current capacity of the turbine is very large, and electricity can be generated as long as there is a water level difference of 0.3m. This type of turbine is suitable for large-flow hydropower stations below 30m head, especially tidal power stations, which are ultra-low head and ultra-large flow models.
Tubular turbines are divided into four types according to their structural forms: shaft-extension tubular, bulb tubular, shaft tubular and full tubular. Among them, bulb tubular turbine has a reasonable structure and high efficiency, so it is widely used.

The impact turbine uses the kinetic energy of the water flow to push the turbine runner to rotate to do work. It does not need draft tubes, volutes and complicated water guiding mechanisms, so its structure is simpler than that of impact turbines, and it is easy to maintain and manage.

The bucket turbine is currently the most widely used impact turbine, which is suitable for power stations with high head and small water volume. The oblique type and double-click type turbines are simple in structure and easy to manufacture, but their efficiency is low, and they are mostly used in small rural power stations with small output.

1) Water bucket turbine
The bucket turbine is currently the most widely used impingement turbine, which is customarily called the impingement turbine. The water flow of this type of turbine is formed by the nozzle to form a high-speed moving jet, and the jet impacts the bucket blades of the runner along the tangential direction of the rotating plane of the runner, so it is also called a shear-impact turbine. The bucket of the bucket turbine consists of two scoop-shaped bodies juxtaposed.

Read more: What is a wind farm?