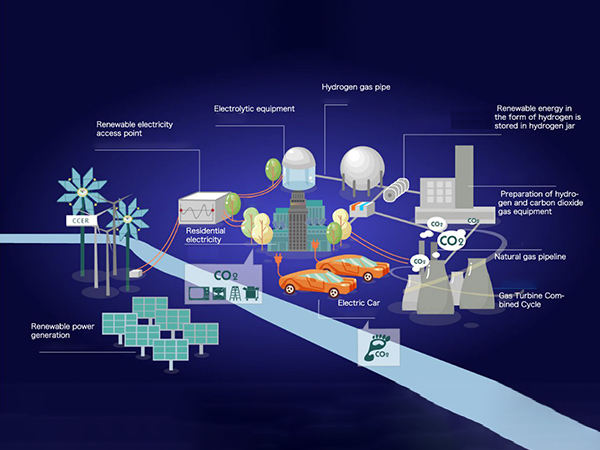 ①. The original utilization of natural energy
Hundreds of thousands of years ago, ancient humans learned to use fire. In the long years, humans have been using firewood and grass as their main sources of energy for life, and burning fires for cooking, heating and lighting. Later, humans gradually learned to use natural power such as animal power, wind power, and water power for production, life, and transportation.
This primary form of energy utilization did not make a big breakthrough until the mid-19th century. In the world energy consumption structure at that time, firewood and crop stalks still accounted for 73.8% of total energy consumption.

②. Coal
Humans knew that coal can be used as fuel more than 2000 years ago, and there is a record of coal in the “Shan Hai Jing” of the pre-Qin period.
Both China in the 14th century and the British coal mining industry in the 17th century were quite developed, but coal has not been able to dominate the world’s energy consumption structure for a long time.
In the 1870s, British Watt modified a steam engine that uses coal as fuel. The widespread use of steam engines makes coal quickly become the main source of energy for the second generation. The proportion of coal in the world’s primary energy consumption structure rose from 24% in 1860 to 62% in 1920.

③. Petroleum
Humans have discovered a flammable liquid—petroleum for a long time. There is a record of this kind of liquid fuel in “Han Shu Ge Zhi”. The description of oil in “Mengxi Bi Tan” by Shen Kuo in Song Dynasty has been more detailed.
However, it was not until the 19th century that the oil industry gradually emerged. In 1854, Pennsylvania, USA, drilled the world’s first oil well; it is considered the beginning of the modern oil industry.
In 1886, the Germans Benz and Daimler developed the world’s first gasoline-fueled car powered by an internal combustion engine, which soon entered the era of large-scale use of petroleum.
Oil and natural gas have gradually replaced coal, occupying a major position in the composition of world energy consumption. In 1965, in the world energy consumption structure, oil replaced coal in the first place for the first time and became the third-generation main energy source. By 1979, oil accounted for 54% of the energy share, equivalent to three times that of coal (coal and natural gas each accounted for 18%).

④. Electricity
In 1881, Edison of the United States built the world’s first power station and also developed practical electrical equipment such as electric lights. Since then, the application field of electric power has become wider and wider, and the scale of development has become larger and larger, and human society has gradually entered the era of electrification. The conversion of fossil fuels such as oil, coal, and natural gas into electric energy that is more convenient for transportation and utilization has further promoted the industrial revolution and brought about tremendous technological progress. Figure 1 shows the transmission line.

Since the beginning of the 21st century, renewable new energy sources such as solar energy, wind energy, ocean energy, and biomass energy have developed rapidly, and are gradually becoming mature and large-scale, and their share is expected to increase substantially, opening up the way for mankind to solve energy and environmental problems. New world.