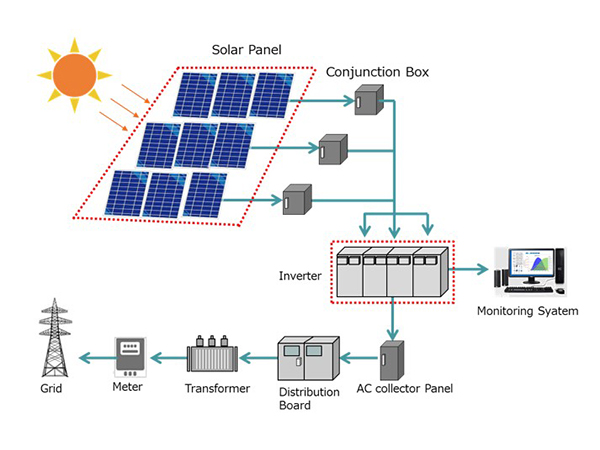 In 1839, the French physicist Becquerel discovered the photovoltaic effect.

In 1883, Charles Fries trial-produced a “sunlight cell” as a sensor device, but the efficiency was only 1%.

In 1930, Lange first proposed the idea of ​​using photovoltaic effect to make “solar cells”, which was the earliest proposal for solar power generation.

In 1931, Bruno immersed a copper compound and selenium-silver electrodes in the electrolyte and started an electric motor in the sun.

In 1941, Orr discovered the photovoltaic effect on silicon materials, and the research on solar cells entered the stage of practical application.

In the 1950s, there was a major breakthrough in solar cell technology.

The world’s first practical solar cell was born in 1954. Scientists Chapin and Pilsson at Bell Labs in the United States have successfully developed a monocrystalline silicon solar cell with an efficiency of 6%. This can be seen as the beginning of the industrialization of photovoltaic cells. In the same year, Weckel discovered that gallium arsenide has a photovoltaic effect and made the first thin-film solar cell on glass.

In 1955, the first photoelectric navigation light came out.

In 1959, the first polysilicon solar cell came out with an efficiency of 5%.

In 2004, photovoltaic cells began to flourish in the global energy market and began to form an industry.

The changing trend of world solar cell production in recent years is shown in Figure 2. In 2012, the world’s annual output of solar cell modules reached 38.5Gw.

In 2007, the output of solar cells in China was about 1100Mw, while the output of Europe, Japan and the United States were 1062MW, 920MW and 266Mw respectively. China has become the veritable solar cell output in the world.From 1995 to 2013, the main producer of photovoltaic cells was the largest in the world. The market share is shown in Figure 3.