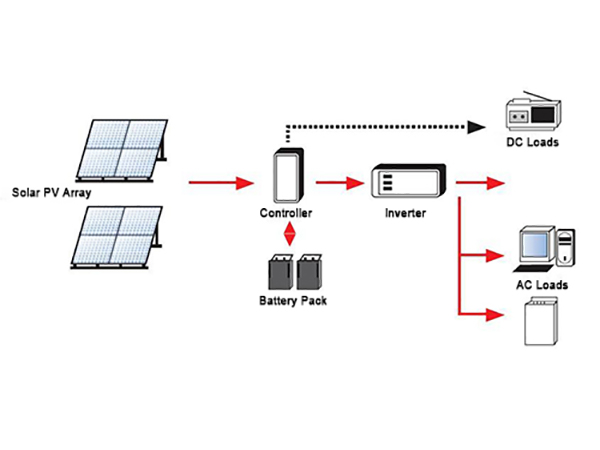 2.Energy storage battery
Due to the instability and discontinuity of the output power of photovoltaic power generation, independent photovoltaic power generation systems often need to be equipped with energy storage devices to ensure reliable power supply to users. When the sun is full, the photovoltaic cell array is not only supplying power to the user, but also using the remaining energy to charge the battery. In the absence of sunlight at night or in rainy days, if the photovoltaic cell cannot generate electricity or has little output, the battery can supply power to the user.
Commonly used batteries include lead-acid batteries, silica gel batteries and alkaline cadmium-nickel batteries, among which lead-acid batteries have the best power-to-price ratio and are the most widely used.

The hotel is not only unique in the function of solar power generation, but also a model in the comprehensive utilization of energy. The heating and cooling of the entire hotel adopts sewage source heat pump technology. Through the plate heat exchange system, the temperature difference of sewage is extracted and used for heating, cooling and domestic water heating in the building, so that the sewage discharged from the city can be recycled and provided. The utilization efficiency of renewable energy fully embodies the concept of “green, environmental protection, and energy saving”.