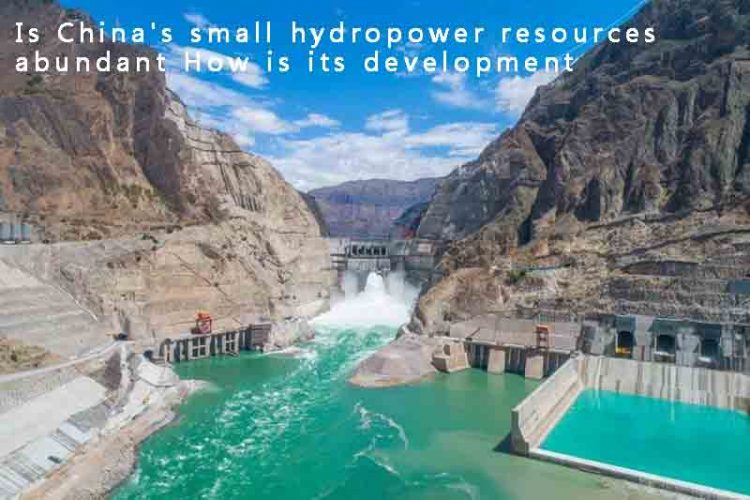 The overall distribution of water resources in rural China is uneven in time. Most rivers have large differences in runoff in the wet and dry seasons, and the distribution is uneven in space. There are more in the west and less in the east, and there are large differences in resource conditions between regions. The resource investment scale is moderate, the development is convenient, the construction period is short, and the effect is quick, and it is suitable for the development of local and rural collective economic organizations and farmers.

After the founding of the People’s Republic of China in 1949, small hydropower began to develop.
The wooden and iron-wood combined water turbine produced by the processing plant, the power station runs in a single station, low-voltage power transmission, and provides lighting for users nearby.

In the 1960s, the development of small hydropower gradually accelerated, with an average annual installed capacity of tens of thousands of kilowatts. Some small hydropower stations began to be connected to the grid or connected to the large power grid, mainly for lighting and some agricultural and sideline products processing. At the same time, more than a dozen professional manufacturers of small hydro turbines have been formed in the country, with an annual production capacity of 100,000 kW. The hydro turbines are mainly metal structures.

Since the 1970s, the country has formulated policies to protect small hydropower in a timely manner, supporting small hydropower in terms of capital, technology and key raw materials. There are more than 60 professional manufacturers of hydraulic turbines and supporting equipment, and they have completed the production of hydraulic turbines. Serialization has formed a series of products from 250kW to 1200W.

The rapid development stage of small hydropower is after the 1980s. During the “Seventh Five-Year Plan”, “Eighth Five-Year Plan” and “Ninth Five-Year Plan” period, the construction of three batches of rural hydropower primary electrification counties has brought about qualitative changes in small hydropower. Reservoirs have been built upstream of many cascade power stations, which has improved the adjustment capacity. More than 80% of the power stations are no longer single-station operation, but integrated into the county power grid for unified dispatch of small hydropower to solve rural energy supply, improve rural natural environment, poverty alleviation and rural promotion. The important role in economic development has made small hydropower develop greatly in China’s rural areas, and has attracted great attention from Chinese and foreign public opinion. In view of the achievements of China’s small hydropower development, in 1981, the Asia-Pacific Small Hydropower Research and Training Center was established in Hangzhou, China. In 1998, the United Nations Development Program (UNDP) officially established the International Small Hydropower Center in China.

After decades of construction, China has established a set of relatively comprehensive rules and regulations for the planning, design, construction, acceptance, economic evaluation, equipment manufacturing, and testing of small hydropower and its supporting power grids, and has formulated a set of rural primary The electrification standard system has strengthened the standardization and typology of electromechanical equipment, creating favorable conditions for the construction of small hydropower and electrification.

The development and utilization of small hydropower resources has obvious economic and social benefits, and has played a huge role in solving the problem of power supply in vast rural areas and remote mountainous areas and improving the ecological environment in small hydropower supply areas. However, while achieving remarkable achievements, there are also some problems that need to be solved urgently.

(4) It is easy to cause environmental and social problems. In the process of developing rural hydropower resources, hydropower development enterprises in some areas have adopted one-time cheap compensation for the occupation of rural resources, which makes farmers seriously threatened by loss of land and unemployment; in the construction process, due to inadequate environmental protection measures, it has caused damage to the local environment In particular, the hydropower stations developed by diversion do not consider the discharge of ecological flow, resulting in water reduction or dehydration in some river sections during dry seasons, resulting in a shortage of water for living and production downstream.

In addition, after years of development, the small hydropower resources that can be developed in the eastern and central regions of China have been basically developed. During the “Twelfth Five-Year Plan” and the future, the main battlefield of small hydropower development in China will be the vast western regions, especially the high-altitude regions in the southwest. Transfer, its technical difficulty, ecological environmental protection and social impact, etc., have put forward new requirements for the development of small hydropower in the new era.

Read more: What are the drive and control mechanisms of a wind turbine?