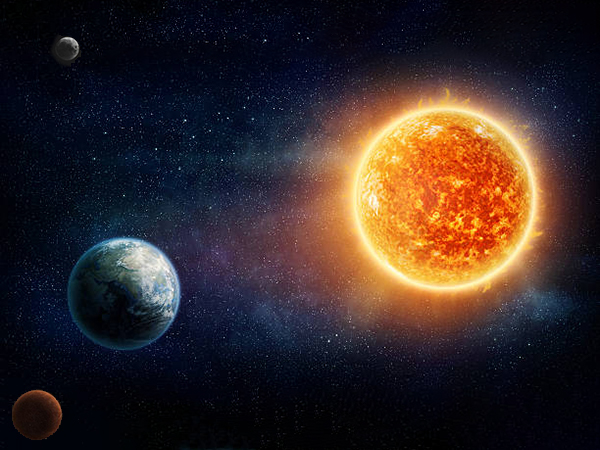 The thermonuclear reaction from hydrogen fusion to nitrogen is constantly occurring inside the sun, and huge energy is released into the universe. Part of the sunlight that the sun radiates to the vast cosmic space radiates to the earth, sending a large amount of light and heat to the earth, becoming the source of the growth of everything on the earth.

In fact, wind energy, hydropower, biomass energy, ocean energy and other renewable energy sources all come from the conversion of solar energy. Even the widely used fossil fuels such as coal and petroleum are fundamentally the solar energy stored in ancient times. Solar energy in a broad sense includes the above-mentioned various energy sources.
When discussing solar energy as a kind of renewable energy, solar energy specifically refers to the solar radiation energy (including light and heat) directly irradiated to the surface of the earth; the commonly referred to as solar energy utilization refers to the direct conversion of solar radiation energy And use.
The energy of the sun comes from the thermonuclear reaction (from the fusion of 4 hydrogen nuclei to 1 ammonia nucleus) inside it. In the form of light radiation, the sun emits about 3.74×1026J of energy into space every second, that is, the radiation power is about 3.74×1026W

The average distance between the earth and the sun is about 1.5×108km. Due to the long distance, only about one part of 2.2 billion of the energy released by the sun is projected onto the earth. The solar radiation power reaching the upper boundary of the atmosphere is about 1.73×1017w, of which about 30% is reflected by the atmosphere back to space, and about 23% is absorbed by the atmosphere. The solar radiation power that can be projected to the ground is only about 47%, which is about 8.1×1016W. Nevertheless, the solar energy reaching the earth’s surface every year is still as high as 1.05×1018KW·h, which is equivalent to 1,300 trillion tons of standard coal, which is tens of thousands of times the contemporary global energy consumption.

Since the land area only accounts for 21% of the earth’s surface, excluding deserts, forests, mountains, rivers and lakes, the actual solar radiation power reaching human settlements is 7×1015~10×1015W, accounting for the total solar radiation power reaching the earth’s atmosphere. 5%~6%. However, this is also equivalent to the total power of 10 million megawatt-class power plants.

According to the theory of stellar evolution, the sun is currently in a stable and vigorous middle age period. According to the current power radiated energy, it can last about 10 billion years. In 10 billion years, the sun will become a red giant with a peculiar light, and will eventually go out completely. 10 billion years, compared to the finite years in the history of human development (on the order of millions of years), it can be said to be “endless”.
Solar energy is the most important basic energy among all kinds of renewable energy. It is the most widely distributed and the easiest to obtain. If the energy provided by the sun can be used effectively, then mankind will not worry about the depletion of energy in the future.

The following are three knowledge expansions:

①According to Einstein’s mass-energy equation, the mass m lost in the nuclear reaction can be converted into energy E, and the conversion relationship is E=mc2, where c is the speed of light (3×108nm/s). For example, 1g of material can be specialized to 9×1013J of energy.

②According to a rough estimate, the solar energy irradiated on the earth for about 40 minutes is enough to meet the global energy consumption of human beings in one year.